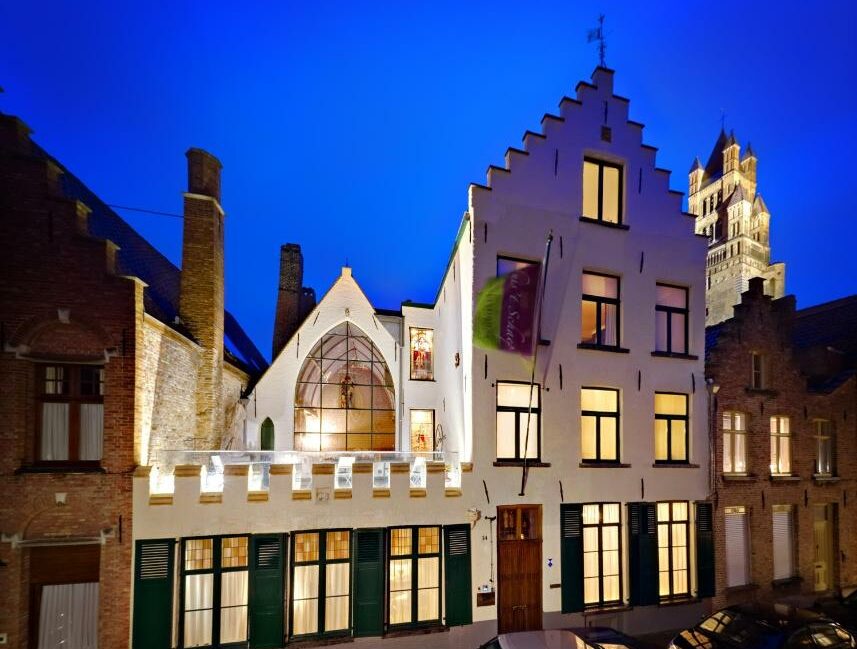 Huis ‘t Schaep, also known as Samuel Coucke‘s House after its most famous owner in the 19th century, is located in the heart of Bruges very close to the cathedral of Saint Salvator.

Despite its very central location, the house and garden are remarkably pieceful.

The current appearance of this big stately home dates back to the 19th century when a 16th century inn was united with a 17th century residence. The interior is in keeping with 19th century gothic revival and the whole property is now a listed building.

In 1855, Samuel Coucke bought the house and completely renovated it. It was here he crafted hundreds of stained glass windows until 1899. These windows were not just for the Belgian market, but also for the Dutch, German, American, South-American markets and the Congo.

Next to stained glass windows, Samuel Coucke together with his sons and workmen, also made furniture, statues, wrought iron, polychromies and murals of painted tiles. All of which were very much in vogue in the 2nd half of the 19th century, the neo-gothical era